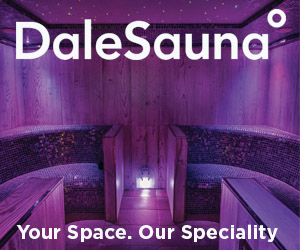 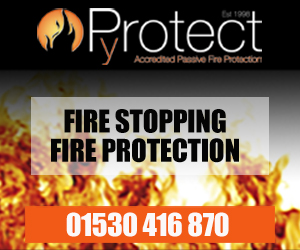 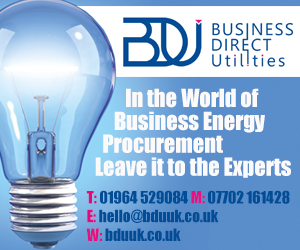 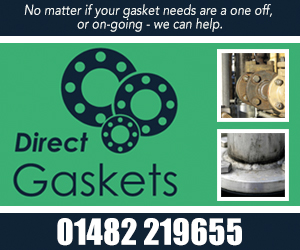 Search for a Chamber...

‘The Asian Business Chamber of Commerce (ABCC) was formed in 1987 and today acts as a gateway for any organisations looking to target the West Midlands Asian business community.’ The ABCC specialises in the business needs of Asian businesses in Greater Birmingham and the wide, and is, the most influential group of its kind in the West Midlands. We are the only membership led organisation representing Asian businesses and businesses who want to tap into the Asian market in the West Midlands. The ABCC has served the interests of the Asian business community over the last 30 years in the greater Birmingham area by offering a complimentary range of benefits and services to that provided by the Birmingham Chamber of Commerce, and have acted as an influential voice for the views and opinions of its members. A vibrant and exciting programme of networking events, often based around religious festivals, and including the ABCC Annual Dinner and Awards offers members excellent networking opportunities to raise their profile and make new contacts. visit site

Barnsley & Rotherham Chamber will be the voice of business in the locality and a driving force to support member’s productivity and profitability in challenging global markets. visit site

Bradford Chamber exists to help businesses like yours. Our brand values underpin the ethos of the business and the people within it. Partnerships: working with companies and individuals to improve their business performance, by building strong relationships. Networking: providing an inclusive and effective network for businesses to do business. Intelligence: using our knowledge, intelligence and services to enable business people to work more efficiently and profitably. Championing: the voice and needs of local business. Supporting: helping to create a sustainable business-friendly and supported environment. Bradford Chamber’s Mission Statement is: “To be the champion of business – connecting, supporting and representing.” visit site

The Burton and District Chamber of Commerce is a membership based organisation that supports a wide range of businesses across East Staffordshire and the surrounding area. This includes the key business centres of Burton and Uttoxeter. visit site

Business West launched at the start of a decade that was reinventing the future. Digitisation, globalisation and innovation became the language of business. As the world adopted a new way of working, commerce became more challenging and business problems more complex. The purpose of Business West is to help businesses of all sizes take advantage of the opportunities and address the problems created by this new world so they may successfully start, grow, export and innovate. visit site

As an accredited member of the British Chambers of Commerce network and a membership organisation with over 200 years’ experience in the Plymouth and Devon economy, we work hard to be a strong, clear voice for businesses of all sizes in the region. We want your business to benefit from being part of a developing organisation, which is committed to building partnerships and beneficial relationships with affiliated Chambers and organisations just as passionate as we are about improving Devon’s economy. visit site

The Chamber is an award winning independent membership organisation that has supported and represented Doncaster’s private sector for the last seventy years; it is our primary objective to help your business prosper and succeed – whatever the size or sector of your company. In a recent business survey (August 2014), 90% of respondents said that they would recommend the Doncaster Chamber to other businesses! visit site

The East Midlands Chamber (Derbyshire, Nottinghamshire, Leicestershire) is the go-to place for answers. We are the leading business organisation in the region and the voice for business in the East Midlands. With a growing membership of more than 4,100 businesses - small to large, local to international – the Chamber is renowned across the region for enhancing East Midlands businesses. visit site

The Greater Birmingham Chambers of Commerce (GBCC) is here to connect, support and grow local businesses. Accredited by the British Chambers, we have acted as the voice of local businesses since 1813. GBCC is headquartered in Edgbaston, Birmingham, and covers six geographic divisions and three themed Chambers. visit site

Today's Hull & Humber Chamber of Commerce is the result of a series of amalgamations of smaller, more localised Chambers of Commerce across the Northern Lincolnshire and East Yorkshire areas in 1999. Hull, the oldest of the Chambers, can trace its roots back to 1837 and is one of the UK's oldest Chambers of Commerce. However, 180 years later, its core objectives remain the same – to help strengthen the local economy by supporting our members in their business endeavours. The Chamber now has 2,000 members and affiliates, representing all types of businesses in the Humber region, which includes North East Lincolnshire, North Lincolnshire, Hull and the East Riding of Yorkshire. We represent a more diverse cross-section of companies than any other business organisation, including a high proportion of the region’s largest companies. We also have a number of members based further afield, who take advantage of the benefits that our highly rated Chamber offers. We operate locally from offices in Grimsby and Hull. visit site

Leeds Chamber is part of West & North Yorkshire Chamber of Commerce. The Chamber’s mission statement is: “To be the champion of business – connecting, supporting and representing.” Leeds Chamber is a business network which works hard to support and represent local businesses. We have a long and rich history established in 1851 and our network today includes businesses of all sizes and shapes and from a range of different sectors. We are a private, not for profit organisation governed by a board of directors and our aim is to provide relevant services to business enabling them to develop and prosper and to provide a collective voice taking your views and concerns to policy and decision makers. visit site

Lichfield and Tamworth Chamber of Commerce & Industry, is the bed rock of the Business Community supporting a myriad of companies of varying size and sector, from the small one person business to large global organisations. Working closely with both Lichfield District and Tamworth Borough Council the Chamber of Commerce ensure business views are clearly communicated to local, regional and ultimately Central Government. visit site

The Milton Keynes Chamber of Commerce was established on Monday 8 July, 2013. It was set up by Northamptonshire Chamber of Commerce following a lengthy selection process and the go-ahead from the British Chambers of Commerce (BCC). The Chamber is further enhanced by being part of a worldwide network and is one of the British Chambers of Commerce (BCC) Accredited Chambers - the largest and most powerful network for business in the UK. Milton Keynes Chamber and Northamptonshire Chamber operate as two separate concerns and are not a ‘merged’ Chamber, although there are some joint events scheduled each year to allow members of the two Chambers to come together and expand their network of business contacts into the neighbouring county. Along with its sister Chamber it has become one of the fastest growing Chambers in the UK and is currently the 8th biggest Chamber in the country. visit site

A Chamber of Commerce for Northamptonshire was founded in 1917 in response to the concerns of boot and shoe manufacturers over exports during the first world war. Since then Chamber membership has grown significantly and now represents around 1,000 Northamptonshire businesses - who employ over one third of the county’s workforce. We enjoy the enviable reputation of being the largest business support agency in the county. The Chamber is further enhanced by being part of a worldwide network and is one of the British Chambers of Commerce (BCC) Accredited Chambers - the largest and most powerful network for business in the UK. visit site

The Sheffield Chamber of Commerce is a membership organisation here to support, connect and grow local businesses across the region. visit site

The Chamber has become an integral part of the borough’s resolve to keep moving forward and, at the same time, build on community relationships. We welcome members from across the Borough, from every sector of commerce and industry and also an increasing number of businesses, from outside the region who want to do business in Solihull. visit site

We recognise that due to the diversity of our region that different businesses require different levels of support and needs from the Chambers of Commerce. Therefore, we aim to be able to adapt and work with you so that you can gain maximum use out of your Chamber; whether this be through signposting, business support, local involvement or events and networking. visit site

York & North Yorkshire Chamber exists to help businesses like yours. Our brand values underpin the ethos of the business and the people within it. Partnerships: working with companies and individuals to improve their business performance, by building strong relationships. Networking: providing an inclusive and effective network for businesses to do business. Intelligence: using our knowledge, intelligence and services to enable business people to work more efficiently and profitably. Championing: the voice and needs of local business. Supporting: helping to create a sustainable business-friendly and supported environment. The Chamber’s mission statement is: “To be the champion of business – connecting, supporting and representing.” visit site